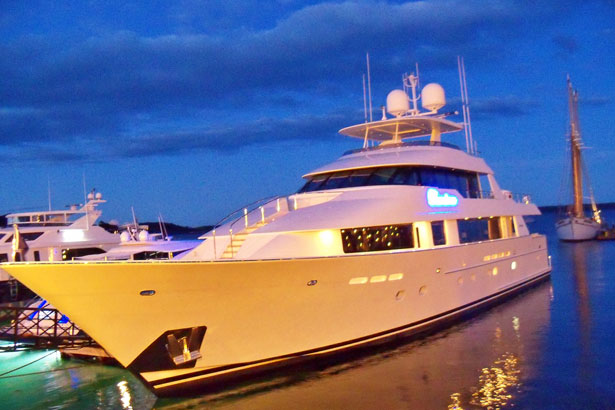 Yachts, fancy clothes, 5 star service, a good biltong maker and first class club facilities are just normal everyday luxuries for Cape Town’s rich and fabulous high society. In all of South Africa, Cape Town is the city the world knows most about and much of this has to do with the fact that it has a busy nightlife, regular social events, and a lot of trendy people everywhere.

Two of the stamps of being rich and fabulous is belonging to a landmark and historical yacht club and being part of the New Year 2014 at the Cape event that is already being planned and organized as early as last February 2013.  In Cape Town the yacht club would be the Royal Cape Yacht Club.

Established in 1905, the Royal Cape Yacht Club was first called the Table Bay Yacht Club. Table Bay Yacht Club was a mere boatshed 60 meters away from Loop Street. During its early years, it went through quite a number of in-house politicking and struggles so that by 1914, a major change happened. The club became known as Cape Yacht Club and joined forces with the Alfred Rowing Club. Then another name change was made to the Royal Cape Yacht Club just a short time thereafter. Still, the club suffered from having no permanent home and kept moving around for the next 10 years.

The Royal Cape Yacht Club finally found a permanent home in 1955 which was also the time when yachting became popular and boat-building in Cape Town began to grow as an industry. From a 300 member strong club, it is now home to more than 3,000 members. They sponsor and host races and regattas and have many members have gone on to participate in international events as far off as Hong Kong and many other countries. The club has also begun to train promising athletes who may one day represent the country in boating events.

It seems as though we just celebrated New Year’s Eve 2013 and now the word is out that New Year 2014 at the Cape is already in its planning stage. Cape Town will be the party place on December 31 and some of the plans include:

As in most previous New Year’s Eve events, the fireworks display was best seen from the V&A Waterfront. Most restaurants and tickets to events are sold out as early as September because Cape Town has often been featured in global news on New Year’s celebrations around the world.

On the days leading up to the New Year’s fireworks, Cape Town’s boat rentals and cruises are also fully booked. While it’s normally hard to find a quiet spot on land, there is normally no problem while on water which is why many locals and foreign visitors make a beeline for water activities in order to get away and enjoy some R&R away from the crowds.